Central Ohio can expect job gains in 2014 Boom or Bust?

This is a 1.9 percent increase in jobs and his strongest outlook for the region since he began making the annual forecast 15 years ago. The sectors that LaFayette sees as strong will be:

Whereas,  government hiring will continue to be weak, following a similar pattern to that which has been seen since the recession.

LaFayette also advised that Central OH needs to improve educational attainment, and needed to attract people from outside the state. Small-business formation in Central Ohio and in the state’s other metro areas is near the bottom when ranked with U.S. metro areas in small-business start up’s.

What Do I think ? 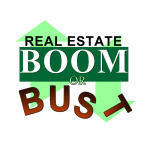 For information on the Central OH Real Estate Market go to