Fund Alternative to Us Bond

Bond-fund selling is a question that is different for every investor, the reason being is every  bond-fund performs different and every investor has their own investment goals.   So what is  the right answer;  it depends on the portfolio and the investors goals.  To make more sense of  this question, we need to understand why bond-fund investors sell off bond-funds.

Why sell off bond-fund

The U.S. economy is likely to continue its recovery next year, with growth of 2.5 to 3 percent, says Nick Colas, chief market strategist of Convergex brokerage in New York City. Meanwhile, the European economy is still quite weak, he notes. And while small-cap companies typically earn most of their revenue domestically, larger companies generate 20 to 30 percent of their revenues from European countries, Colas says. “That’s a tough hole to fill in 2015. It looks like there will be a triple-dip recession in Germany,” he says. In addition, the Russell 2000 small-cap stock index has underperformed the S&P 500 this year, he points out. While the S&P 500 has returned 12.4 percent, the Russell 2000 has returned only 2 percent. For all of these reasons,

“investors have to focus on smaller companies with more exposure to the U.S.,”

In addition, interest rates are expected to rise in the near future. (The Federal Reserve decided not to raise interest rates in June 2015, but comments Wednesday 6/17/2015 suggests the long awaited rate hike could come in September according to CNN Money .) When that happens, bond prices will almost certainly decline. If you are holding bonds for their interest, and you recently have bought them, it seems likely that your interest rate being earned is quite low. What will happen when rates go up? You will still be earning a low rate and losing money. In that case, it seems prudent to sell some portion of your bond-fund — perhaps even all of them, if they are ultra-safe and ultra-low-interest-earning, get into cash, and start looking for a future opportunity to buy a bond alternative. Selling now will most likely give you the biggest capital return on the sale; remember, the prices will drop when rates go up. However, if you have bonds from a while ago, when rates were significantly higher, you are earning good interest from them. It wouldn’t make much sense to sell them now, UNLESS you anticipate a need for cash in the near future (or, at least, before you think rates will rise significantly, hurting your bonds’ sale value).

In general, rates for traditional fixed-income investments have been horrible and aren’t getting any better. But there is light at the end of the tunnel. You just have to look in a different tunnel. Achieving a higher rate of return on fixed income is always possible, but you must be more flexible than in the past. The traditional fixed-income investments like CDs, money market fund, and bond-fund investments  are not the place to look for yield. The real place to find higher income is in the “alternative fixed-income” space—lesser known investments that don’t follow the mainstream rules of fixed income, and don’t have all of the same qualities. Non-Public Real Estate Investment Trusts (REITs). These are not the traditional REITs that trade on an exchange. Public REITs are too volatile. Private REITs typically perform steadily and are currently providing mid to high single-digit dividends. Again, do your homework. Consultant with your professional financial planner, attorney, or CPA before you sell your bond-fund.

For Information on Bond-Fund Alternatives 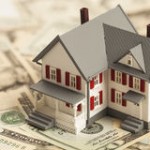 CORI LLC was very professional from the start; THEY DO WHAT THEY SAY!

Just wanted to let Central OH know what CORI LLC is about. I usually don’t write testimonials; but CORI LLC deserves the free advertisement. A year ago  the family and I lost my father and was left with a property the family did not want.  We inquired about listing it with a realtor but due to the property being out dated , in need of some repairs , and the high broker fees it did not work out. When I first met with CORI LLC I was skeptical; you know about real estate investors being CHEAP! CORI LLC was very professional from the start. We met at the property, toured it, and they presented me a offer backed up with what homes were selling for in the last 3 months all public information which was verified. CORI LLC is a company I would do business with again and refer to any of my family or friends. THEY DO WHAT THEY SAY. Thank you!

You have truly made investing process simple just as you advertise.

I my writing this to let any one thinking about investing  in real estate to use the information and expertise that CORI LCC provides.. When I started  thinking about investing, CORI LLC not only provided me with free list of distressed whole sale properties with a 12% or greater ROI. Thank you to our Realtor that CORI LLC  provided  for us free of charge.   You have truly made investing process simple just as you advertise. Thank you!